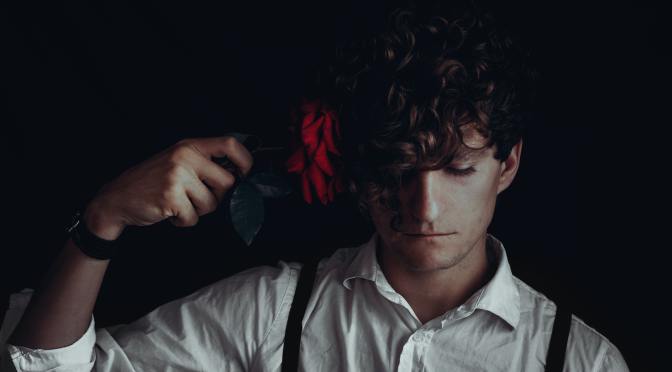 **This was originally a thread on Twitter. I decided to post it here to make it more accessible and easier to read. Grammar corrections and basic changes for readability were made. There are helpful resources at the end of the article.

When I saw this comment today about people with BPD, or borderline personality disorder, among many others I’ve seen over the last several years since my diagnosis, it truly got under my skin.

People with BPD are not monsters who deserve to be ditched and locked up in an institution. Those are cruel comments to make and very telling that someone knows nothing of the diagnosis. So, I’d like to educate since I have BPD and have gone into remission with it.

BPD is, commonly, a trauma diagnosis. People with it have often been abused — sometimes severely — from an early age. It shifts how you view others and the world, and it involves cyclic behavior and emotions due to trauma responses. Many people with BPD self-harm and act on impulse.

Many also regret their actions deeply and hate the idea of hurting anyone, but due to abandonment and trust issues, may lash out in ways they normally would not. To be transparent, I developed cyclic behaviors of starting a goal, failing due to my diagnoses, self-sabotaging — which included self-harm in the way of cutting — and I pushed people away because my emotions were so intense from self-hatred, I wanted others equally near and away from me. I experienced painful turmoil at the smallest failures. I felt like I deserved nothing, not even life, when I hurt someone or failed a goal, such as not being able to keep a job.

Let me follow up with something important. Those I affected negatively and hurt had a right to leave. No one’s diagnosis gives them a right to hurt another person. Please keep in mind, however, that not all people with BPD lash out at others. Which brings me to the other type of BPD.

‘Quiet BPD’ is more internal. The person is more likely to hurt themselves rather than others, and often have comorbid diagnoses like PTSD, depression, anxiety, or others that exacerbate self-harm behaviors as well as the cycle of self-sabotage and inner turmoil.

Before I knew how the world treated people with BPD, when I got the diagnosis, I was happy to finally have an answer as to why I couldn’t function. I was still living in an abusive environment at the time, however, which didn’t help. I attempted suicide three times, before and after a diagnosis.

I admitted myself each time voluntarily to the hospital. I couldn’t handle the constant trauma that wouldn’t stop that started in my childhood. And it continued as I lived with abusive people who at first did not accept my diagnosis.

I soon got a good psychiatrist, a counselor, a case manager, the right medication, and attended a Dialectical Behavioral Therapy group that lasted for a year. I was horrified when I realized what I’d done, how I’d treated people, and how serious the trauma was that affected my life. I’d always made excuses for my abusers and reasoned out why I deserved the abuse, so not only did I have c-PTSD and other mental illnesses, but I had a diagnosis that would be a stain on my record forever according to a lot of people on the internet. The trauma I experienced, and the BPD label I unfortunately gained, are not anything I asked for or wanted.

It doesn’t matter about the amount of work a lot of us do. It doesn’t matter that I’ve learned and become a better person, and I no longer do the things I used to. It seriously sucks to do all that work for so many years, and go through all that turmoil, only to be talked about like we should be abandoned and institutionalized by default. That’s inhumane. It’s cruel to generalize and further verbally abuse an already traumatized group of people who are doing all they can. Especially those who have worked hard to recover.

I realize not everyone with BPD will recover, and I realize BPD makes some people do horrible things. But that’s the only part of the picture people want to see. That’s like saying, ‘my abuser was named Jesse, so all Jesses are abusers.’ That’s absolutely asinine. No one does that.

It’s extremely triggering to work so hard to become better only to still be placed in a box of defeat — only to be despised because you have a certain diagnosis. To be told you won’t and can’t recover when that’s demonstrably false. It’s reinforcing the traumatic cycles people with BPD have. Stop doing this.

People who stigmatize us and say cruel inaccuracies about BPD, as a whole, are no better than the kind of people they claim we are.

Finally, here are a few links to some good resources to round this out.

“The support of family and friends is critical in the treatment of BPD, as many people with this condition may isolate themselves from relationships—even when they need them most.” — Borderline Personality Disorder, NAMI.

Resources for those supporting, and caring for, loved ones with mental illnesses are very important as well. You must take care of yourself first so you can care for others. — Family Members and Caregivers, NAMI.

“Research has shown that outcomes can be quite good for people with BPD, particularly if they are engaged in treatment. With specialized therapy, most people with borderline personality disorder find their symptoms are reduced and their lives are improved.” — Overview of BPD, NEABPD.

What is BPD, exactly? The clinical symptoms. — Making the Diagnosis, NEABPD.

Since impulsive behaviors and addictions are common in people with BPD and other mental health diagnoses, and have been for me, something that really helps is tracking behaviors to stop them. I Am Sober has been a life-saving app (iOS and Android!). It also tracks self-harm habits, which can become a dangerous addiction. That is what I use it for. — I Am Sober.

I hope more and more people with BPD can feel brave enough to speak up about the truth of our diagnosis. We are tired of being abandoned by doctors and caregivers, verbally abused by the internet, and being treated as less-than-human simply because we are sorely misunderstood.

I'm a trans man writer of dark LGBTQ+ urban fantasy and horror and an advocate for mental health awareness. I also enjoy diving into the darker side of human psychology and occult lore. I use he/they pronouns.